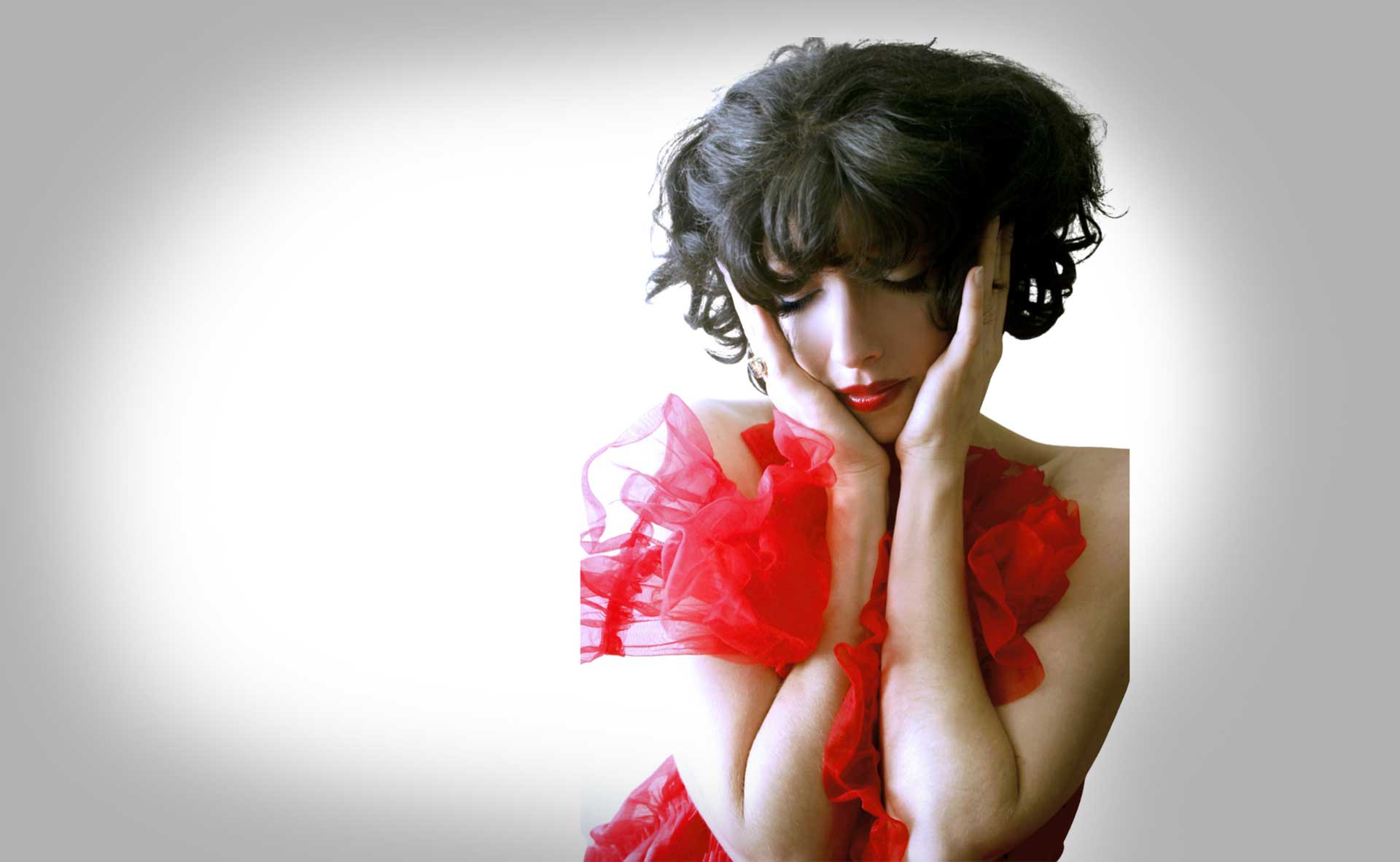 Meow Meow’s unique brand of subversive and sublime entertainment has hypnotised, inspired and seduced audiences worldwide from London’s glittering West End to the Lincoln Centre New York, to the Hollywood Bowl, to the Sydney Opera House.

Named “cabaret diva of the highest order” (New York Post), the “Queen of Chanson” (Berliner Zeitung), “Sensational” (The Times) and “a phenomenon” by the Australian press, the spectacular crowd-surfing tragi-comedienne has “a voice to break the most unwilling heart and a feeling for words that smashes through cynicism” (The Times UK).

David Bowie, Pina Bausch and Baryshnikov, amongst others, have commissioned Multi-award-winning Meow’s original music theatre works. She’s recently performed her “orchestrated chaos” with The London Philharmonic, Sydney Symphony at the Sydney Opera House and Seattle Symphony, and her latest album “Hotel Amour” with Pink Martini’s Thomas Lauderdale was ranked in the Times UK top 100 albums of 2019.
With just piano and bass, Meow’s His Majesty’s show promises an intimate evening of simple beauty with the stellar performer.