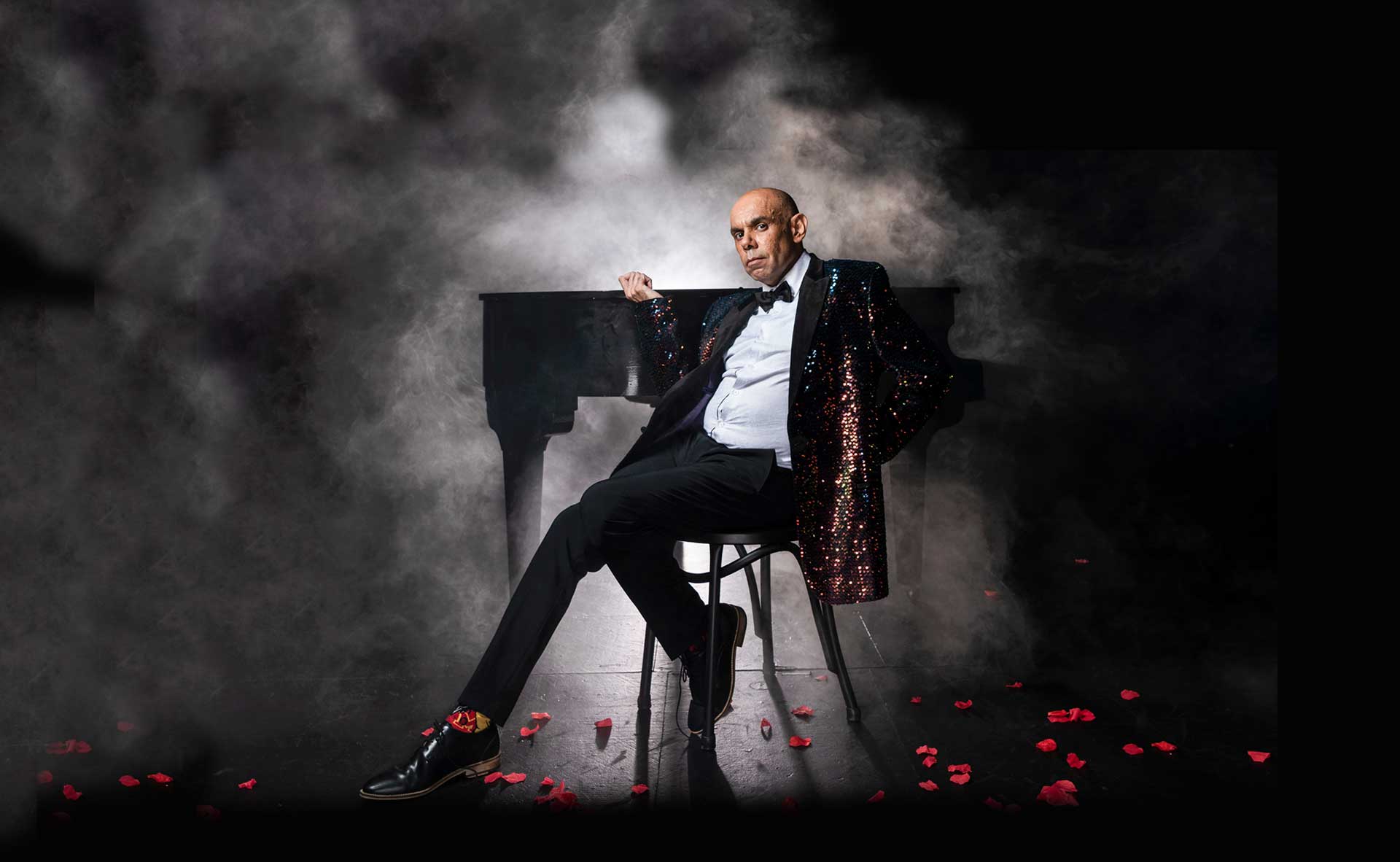 Weaving comedy and contemplation through stories of love and loss, Oliver mines his own life to reflect on fame, friendship, and music power.

A seasoned performer, he is also a talented songwriter whose original score runs from perky pop to urban rap and lilting lullabies. Throw in a disco ball, dance breaks and spicy banter between Oliver and his on-stage companion, Festival Artistic Director Michael Griffiths, for a guaranteed fun night out.

“Oliver struts the stage with all the chutzpah of Judy Garland… the interaction between Oliver and Griffiths is priceless and Griffiths is there to back him up and then at times the two croon together and it’s old school entertainment of the best sort.” — The Courier Mail

“The spark and harmonies between Steven and Michael were nothing short of astounding, making them a flawless match for the stage… a must-see show for all Australians.” — Scenstr